Within counties, there are several important Census geographies:

The shapefile for SRAs is available in SANGIS in the Subregional_Areas_2010 file in the Census category.

However, these regions do not align with San Diego HHSA service regions. See the second map, part of the San Diego Chronic Disease Atlas, for an overlay of the HHSA regions with the SRAs. 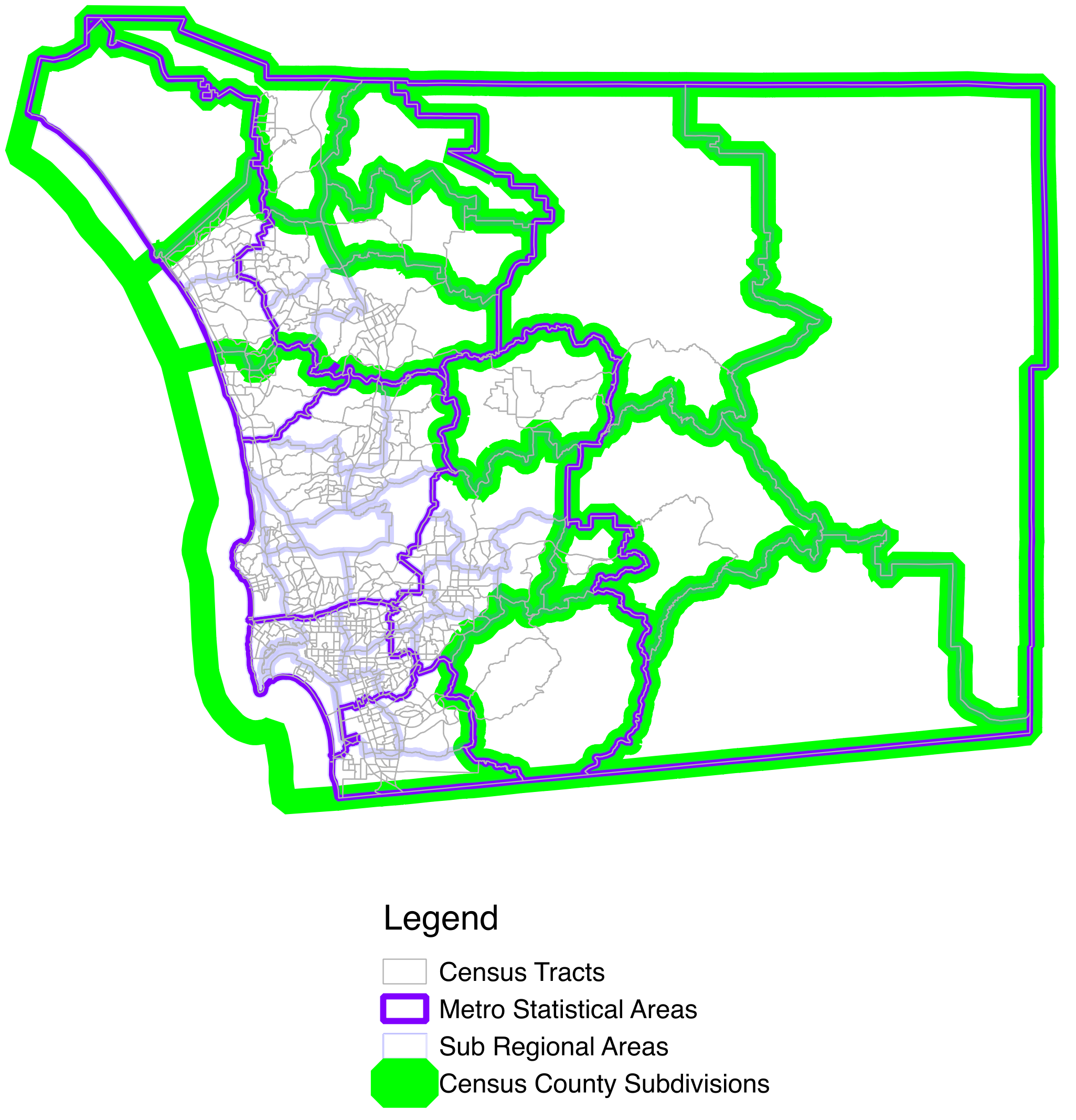 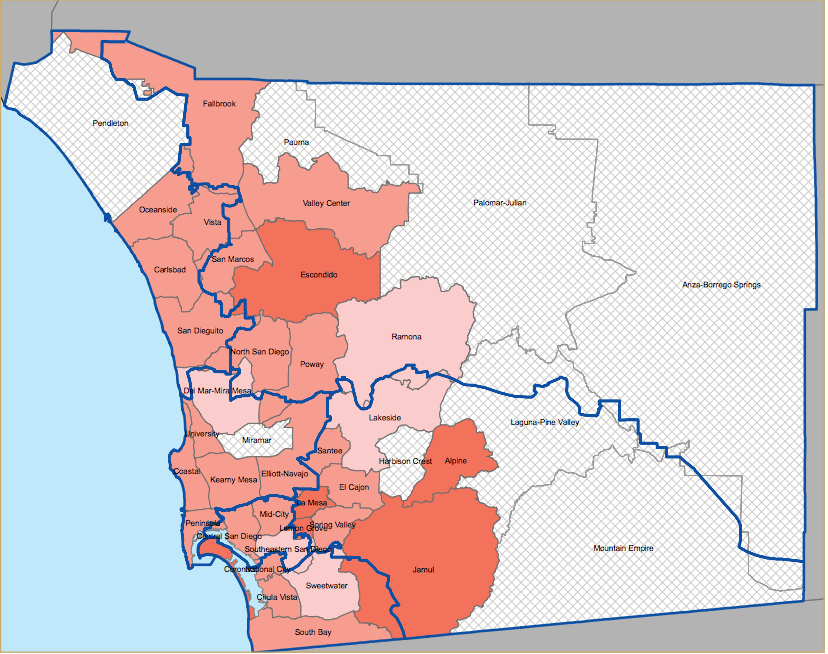